For 2016, Premier Performance Products is the title sponsor for the NWDC and we have an extensive event schedule for the year that we’ll be taking “SixPak” to.  Our friends at RallySport Direct have been kind enough to lend us their 2011 Ford F-350 dually and 48′ goose neck trailer.  Ford’s are notorious for their tiny fuel tanks and even though our dually had the bigger factory tank option, it was still small enough that we’d be stopping for fuel more than we were comfortable with, being close to 60′ long.  In preparation for “SixPak’s” tour of duty, we had one of Titan Fuel Tank’s Super Series 65 gallon tanks installed in our F-350.

Titan Fuel Tanks Super Series are a mid-ship design and are meant to replace the stock fuel tank but add extra capacity.  Our 2011 F-350’s stock fuel tank had 37.5 gallons of capacity so our Titan tank added nearly 28 gallons of capacity but from the before and after pictures, you can see that the Titan tank does not take up much more space.  The Titan only sits about an inch lower than the stock tank, so from a visual perspective we give the Titan an A+ on aesthetics.  It also receives an A+ for usability as the Ford’s ECM is able to be flashed so that the on board computer accurately calculates miles to empty, fuel mileage, and the fuel gauge reads accurately.  These mid-ship tanks feature plated steel mounting straps (powder-coated straps are available) and extruded rubber mounting bushings.

For our first trip with “SixPak” we headed East for the “Let It Roll” event at ATS Diesel Performance in Arvada, Colorado.  At roughly 1,200 miles round trip, the added capacity of our Titan 65 gallon tank significantly reduced the number of times we had to stop.  Our bladders were the determining factor in how often we had to stop rather than our dependence on the pump.  All in all, we averaged about 10 mpg for the trip and while we did fill up 4 times, 3 would have been sufficient. 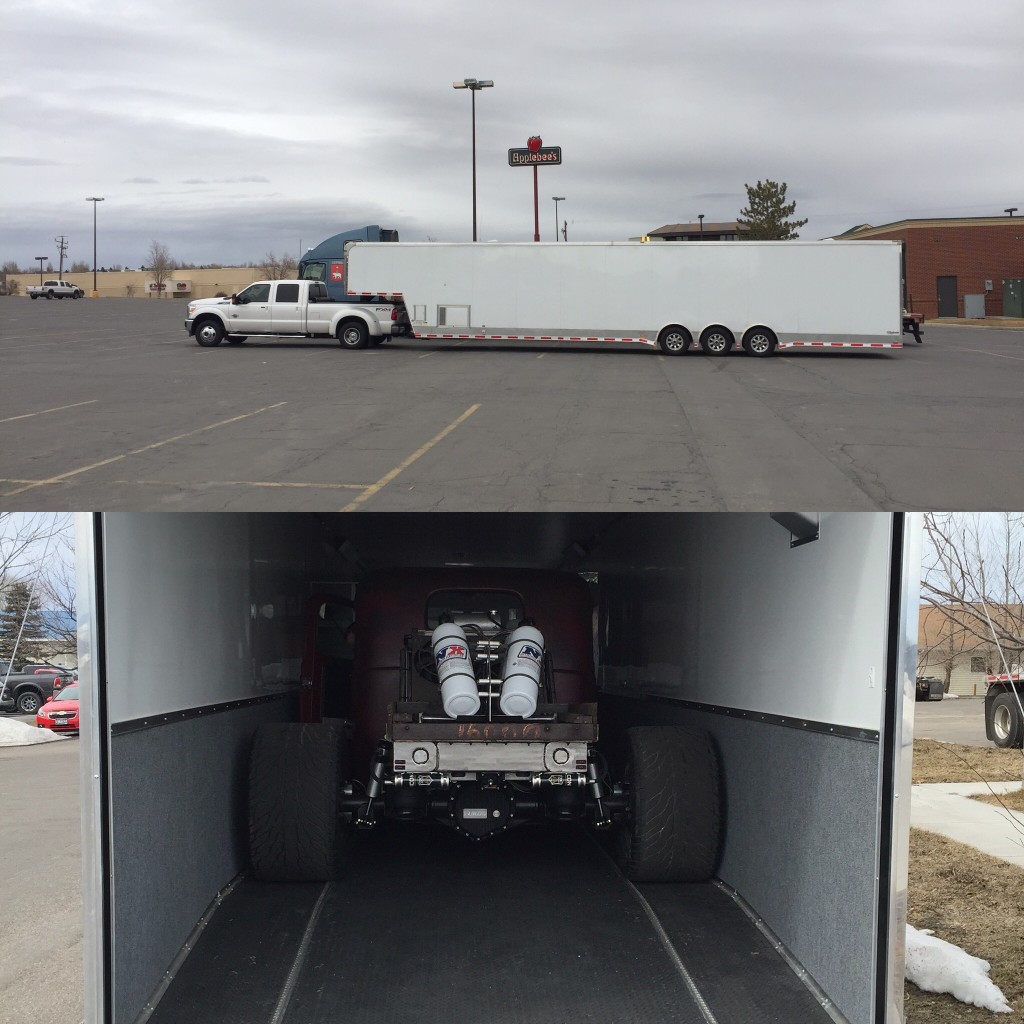